You are here:
Local news 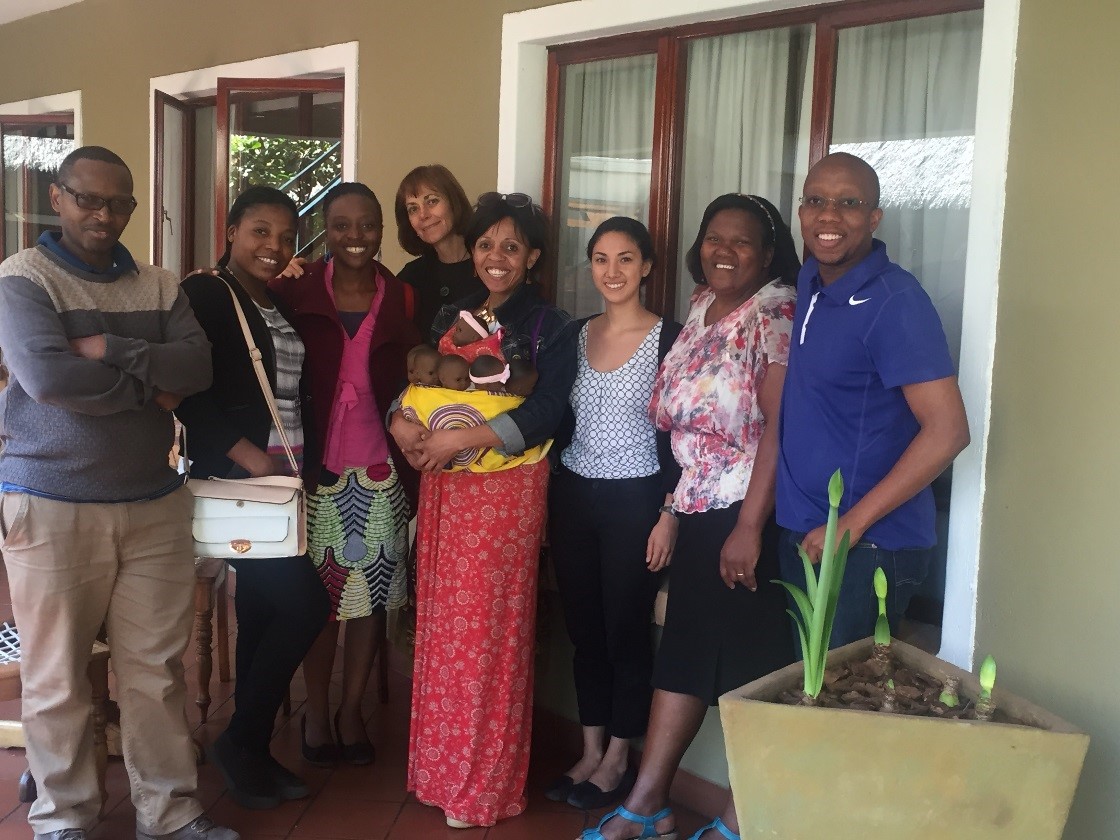 The Limpopo Initiative for Newborn Care (LINC) has received a donation of 8 Pumani bubble Continuous Positive Airway Pressure (CPAP) machines for use in hospitals in Limpopo Province.  This donation has come from the Friends of Sick Children, Queen Elizabeth Central Hospital, Blantyre, Malawi, who have donated the equipment with the generous support of Glaxo Smith Kline and Save the Children.

The Pumani B CPAP machines were designed for use in Malawi by a team including paediatricians working in Malawi, and a technical team from Rice University in Texas. The machine was designed for use in settings where there is only an oxygen supply (often from a cylinder) and no piped medical gas and oxygen with a blender. The Pumani B CPAP contains an air compressor, and the percentage of oxygen can be adjusted from 21 – 90%. The machine is made by Hadleigh Health technologies in America by an ISO certified laboratory and has been granted the CE mark from the European Union,

which is a prerequisite for licencing and import in South Africa. The University of Limpopo Trust has received an Import License from the radiation control council.

The Donation includes 8 Pumani B CPAP units, 24 CPAP headsets, 8 CPAP manuals and consumables. The Neonatal Mortality in Limpopo is currently 13 per 1000, and it is our aim to ensure that this drops to < 6 per 1000. Prematurity is the leading causes of mortality in newborns, and the main cause for mortality is Respiratory Distress Syndrome or Hyaline Membrane Disease. The main treatment for this is Nasal Continuous Airway Pressure that is delivered through special nasal prongs by CPAP machines. The traditional NCPAP machines require piped medical air and oxygen at set pressures, a blender, flow driver, humidifier, and specialized fittings and circuits, which are usually administered in a neonatal ICU or high care setting. The Pumani B CPAP is a simpler machine that can do a similar job. 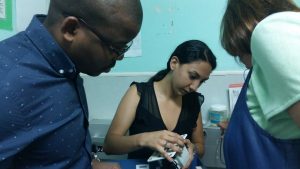 The machines were finally received by LINC and training commenced 27th – 28th October 2015 at the Fairview River Lodge in Tzaneen, Limpopo. Dr. Rachel Mlotha-Mitole, who is a peadiatrician in Malawi, facilitated the training, with the support of Samantha Olvera, a medical technician with Rice University in Texas. Participants included paediatricians and midwives from 6 hospitals in Mopani, as well as DCST and LINC members. The training was a resounding success and participants could barely contain their excitement to start using the new technology at their institutions. They had the opportunity to do so the 29th-30th October 2015, where they were supported to install the machines at their hospitals and orientate staff on the correct use thereof. Staff at hospitals took ownership of the machines and were eagerly awaiting little patients that qualify to be put on the machine. 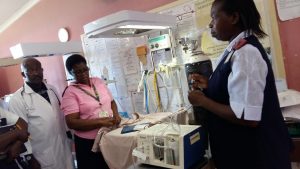 The overarching vision is to adopt and roll-out the Pumani bCPAP machine to other districts in the province and country at a later stage. Prerequisite to realizing this vision is building a body of evidence for the correct utilization of the machine and convincing improved outcomes for newborns. To this end, LINC has embarked on a study that will monitor the implementation and impact of the Pumani bCPAP in Mopani District. The province is certainly looking forward to the new technology contributing to reduced neonatal mortality and the province meeting its neonatal targets!

Watch this space for updates on the research findings…

Limpopo Department of Health pushing the boundaries with breastfeeding in the workplace
August 3, 2018
Leave Comment